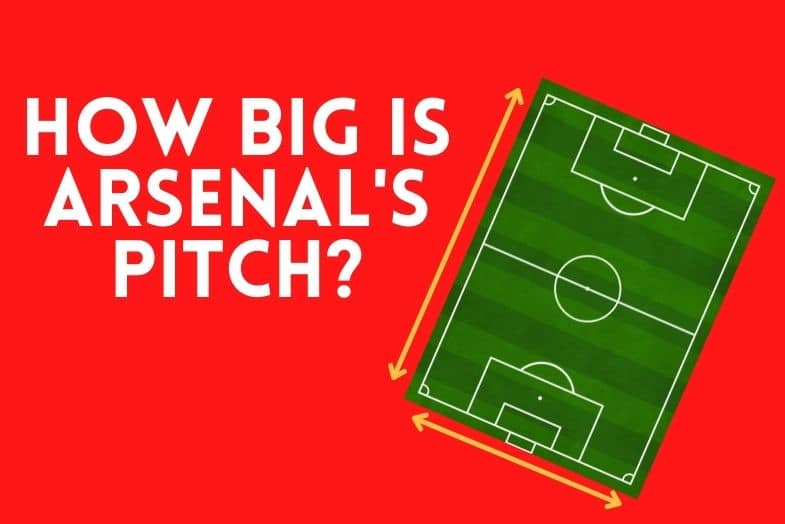 In July 2006, Arsenal Football Club built the Emirates Stadium, a ground capable of holding over 60,000 fans and enabling the club to compete with the largest teams in the Premier League.

Despite investing £20 million on their previous home ground, Highbury, in 1993 to comply with supporter safety regulations, the club chose to build a new stadium as the regulations decreased their capacity from 70,000 to 40,000.

The reduction in crowd size equalled a significant drop in ticket income, forcing the Gunners to build the Emirates to match rival teams such as Manchester United, Chelsea, and Liverpool.

Arsenal’s pitch is 105 metres by 68 metres, this falls within the official required dimensions set by the Football Association which are 90 metres – 120 metres in length and 45 metres – 90 metres in width.

The grass length at Arsenal is kept at roughly 25mm in height as Premier League rules state that pitch grass should not exceed 30mm in height. This use of shorter grass is often applied by teams like Arsenal that rely on a fast, possession-based style of play as the ball can move quicker on the shorter grass.

Does the Emirates Have a Big Pitch?

Compared to the rest of the Premier League sides, the pitch at the Emirates Stadium is the fifth longest out of the 20 clubs making it one of the bigger pitches in the league.

Only Brighton & Hove Albion, Manchester City, Manchester United, and Wolverhampton Wanderers have a longer pitch than the Gunners with Man City having the largest pitch in the Premier League.

The Emirates Stadium does not have an artificial pitch due to Arsenal successfully introducing the Desso GrassMaster system in 2015. This system reinforces natural grass whilst protecting the fibre of the pitch, resulting in the club being able to grow natural grass rather than install an artificial replacement.

Interestingly, Arsenal were the first club in the Premier League to use garlic on their pitch to kill parasites that feed on grassroots. Garlic is a natural killing remedy for nematodes, one of the most damaging grass-feeding parasites in England.

Alongside using garlic, the Gunners adopted a new steaming system that kills these parasites, reducing the need for grass products and chemicals.

Have Arsenal Paid Off the Emirates Stadium?

Despite owner Stan Kroenke providing the money to pay off Arsenal’s debts in 2020, the club still owes money for the construction of the Emirates stadium.

Arsenal needed to pay £184m off before 2031, instead, the club chose to receive a loan from owner Kroenke. Consequently, the debt is paid through yearly installments to Kroenke and not to external bondholders. The debt has been restructured to suit the club rather than paid off in one.