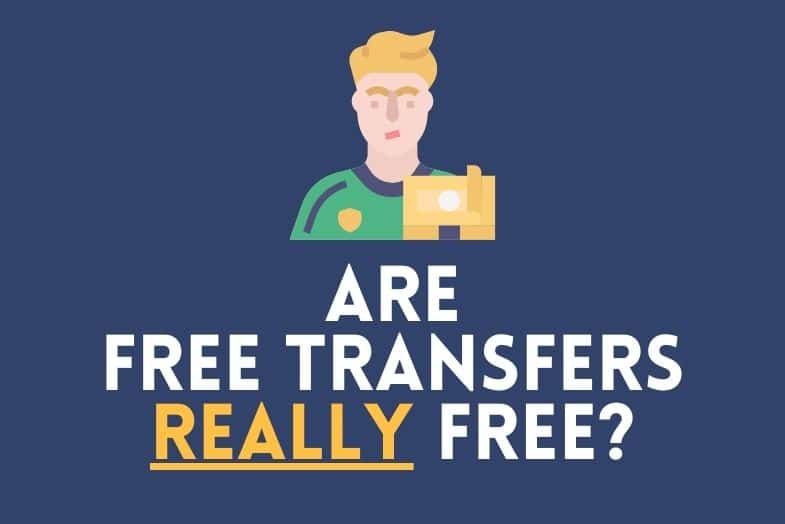 On August 11th, 2021, Lionel Messi, one of the greatest footballers in history, finally left his boyhood club Barcelona after several years of transfer speculation and multi-million-pound rumours linking him to the best teams in the world. The six-time Ballon d’Or winner joined one of the richest clubs in the world in Paris Saint-Germain, however, the most shocking part about this incredible signing was that they managed to sign one of the best players in the world for free.

In what can only be regarded as the greatest free transfer in football, PSG were able to sign the Argentine forward after he failed to re-sign a contract with Barcelona, allowing him to sign a two-year contract with the French giants.

He became the latest name to join the list of high-profile free transfers with the likes of Andrea Pirlo, Robert Lewandowski and Edgar Davids all previously joining clubs for astonishingly no transfer fee.

But how does a free transfer actually work? And is a ‘free’ transfer really free?

What Does Free Transfer Mean?

A free transfer is when a professional football club offers a contract to a player who has no club and is free to sign with any team that offers them a contract.

The general idea of a free transfer is that the professional club avoids paying a transfer fee to acquire the player from a club as the player they are signing usually will be a ‘free agent’ where they do not currently have a team to play for.

How Does a Free Transfer Work?

When a club signs a player on a free transfer, they avoid paying any club a compensation fee which would be the ‘transfer fee’, instead, they offer the free agent player a contract and it is ultimately a deal between the signing club and the player.

Free transfers often take place when a player’s contract has ended or is about to end at a professional club. With their contracts nearing or at an end, players can switch clubs on a free transfer if their existing club agrees to release them from their contract based on an agreement known as mutual consent.

While a transfer fee depends on several factors, including the value of the player’s existing contract and the duration left on the contract, a free transfer avoids a hefty multi-million price tag for a club to pay and instead allows them to sign their desired player by spending a small percentage such as a player signing bonus.

Why Are Some Transfers “Free”?

Free transfers can occur through a club signing a free agent or through a Bosman transfer as they are labelled as ‘free’ due to the club not having to offer any transfer fee to the player’s former professional club.

When a club signs a free agent, they are offering a contract to a player who is without a club, this may be due to the player’s previous club choosing not to re-sign them after their contract expired. A free agent can be offered a contract by a club at any point in the season as no transfer window is needed to regulate an official transfer between two professional football clubs.

The Bosman rule was created in 1995 to improve the freedom of movement and association for footballers in the professional game. A European Court of Justice gave the verdict for the ruling after Belgian professional footballer Jean-Marc Bosman challenged his club, RFC Liege, after they refused to release him when he wanted to change clubs.

Bosman wanted to join French side Dunkerque, however, when the club could not meet Liege’s asking price for the player, he was forced to remain at the Belgium club, lose his place in the starting team and saw his wages cut down by 70 per-cent.

Bosman took his case to the European Court of Justice and sued for restraint of trade, eventually winning his case and changing the world of football transfers forever.

Although a free transfer is when a club does not pay a transfer fee for a player to sign, they still may offer a small signing-on fee which is agreed upon between the player, their representatives and the club that the player is joining.

A signing-on fee is usually a small percentage of a transfer fee, agreed between the two clubs, that goes to the player and sometimes his representatives as a bonus to agreeing on the deal with the club. However, a signing-on fee with a free transfer is usually requested by the player’s agents if the player is in demand from several clubs.

While a transfer can be free of a fee, many signings can cost a substantial amount to clubs through their wage demands. Zlatan Ibrahimovic famously cost Manchester United £1 million through his wages alone despite costing no transfer fee due to his contract expiring with PSG beforehand.