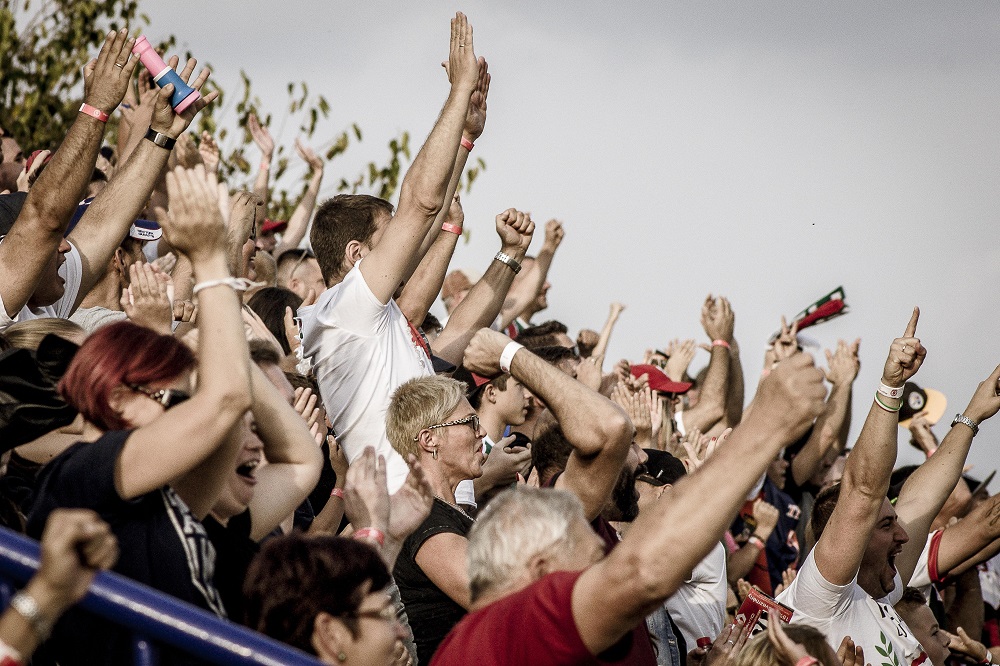 The 50 + 1 rule is preventing them from financial ruin. But how viable would it be for the English game?

There’s a great deal to admire about German football. The safe standing, the raucous atmospheres at full stadiums, even the simple pleasure of taking your beer to your seat in the ground with you.

But another which shouldn’t go unmentioned is the ownership models of its clubs. Whereas the Premier League seems to wallow in a deeper pot of riches each year, the Bundesliga is regulated in such a way that wouldn’t allow this to happen to it. Not excessively, anyway.

Introduced in 1998, it prevents clubs in the top two divisions of German football from having external investors as majority shareholders. In short, clubs (and consequently, its fans) hold a majority of their own voting rights; hence the name ’50 + 1’.

It is, in fact, the only era in German football where outside influences have even partly held a stake in its clubs; until the 50 + 1 rule, they were non-profit organisations, owned entirely by members’ associations. External ownership of all forms was banned.

With the 50 + 1 rule in place, German clubs can enjoy greater financial muscle, but not too much so as to jeopardise their futures.

Of course, the key reason why so many fans are in favour of the regulation is it keeps those who care most about the club in charge. They are truly community clubs.

With the 50 + 1 rule, fans have a more direct say on matters such as ticket pricing, or wages, and stops them from feeling as though they have become the proverbial ‘customer’ to their football club.

In that sense, then, it keeps the well-documented ‘fit and proper person’ in charge, and lessens the risk of German clubs’ finances spiralling out of control.

Take 1860 Munich as an example. In 2011, Jordanian billionaire Hasan Ismaik spent €18 million on a 60 per cent stake in the club’s operating company, 1860 GmbH & Co. KGaA, saving it from the threat of insolvency.

But when the club were relegated from the 2. Bundesliga in 2016-17, Ismaik refused to pay the reported fees of between €5 – 10 million to obtain a licence to play in the third tier, 3. Liga.

As a result, 1860 Munich were demoted even further to the German fourth division, the Regionalliga Bayern, for 2017-18, and are only now working their way back up, finishing 12th in 3. Liga this season.

With the 50 + 1 rule in place, Ismaik’s voting rights were limited to 49 per cent, despite owning more than half of the club. Without it, 1860 Munich could have found themselves in an even greater mess, as could many others.

Essentially, then, it safeguards against unruly owners; not totally, as 1860 Munich have shown, but as much as is probably feasible nowadays when the game is so inconceivably wealthy.

This is arguably reflected in the match day atmospheres in the Bundesliga; whereas Premier League matches are often derided as lifeless and anaemic, German matches are often noisy, raucous affairs which look a genuine thrill to be present at.

If oligarchs and billionaires were to swarm their clubs, some of the life may well be sucked out of them.

Perhaps the most obvious pitfall of the regulation is that the lack of money results in a lack of quality on the pitch.

There is a fine line to tread between having too little and too much cash, of course, but fewer resources mean most German clubs cannot afford to pay players the sort of astronomical wages synonymous with the Premier League.

For the last ten years, the Bundesliga has been a two-party system; only Borussia Dortmund have wrestled the title out of Bayern Munich’s grasp, and even then, they have done that just twice and not since 2011-12.

So, while the league may be well-managed financially, it arguably lacks a competitive edge, at least in terms of a title race.

It also limits the financial capacity of clubs, putting more pressure on them to sell as much as they can in tickets, merchandise, and so on.

This was one of the reasons why, in 2009, Hannover 96 President Martin Kind proposed a relaxing of the rule to the German Football Association, the DFB.

Arguing that it was leaving the country lagging behind international developments, that smaller clubs like his were prevented from competing more fiercely, and that the current rules could contravene commercial laws, Kind wanted amendments to the 50 + 1 rule, but was voted down by 32 of the 36 clubs in the top two tiers of German football.

Also, the rule does not apply to every club; at least, not in its purest form, anyway.

There is a potential loophole which states that clubs who had been provided with financial support by a commercial interest for 20 years or more prior to the introduction of 50 + 1 can be granted an exception to the rule.

As a result, clubs which this applies to, including Bayer Leverkusen, VfL Wolfsburg and TSG 1899 Hoffenheim, arguably make it an uneven playing field.

Then there is RB Leipzig, dubbed the ‘most hated club in German football’ in an article by The Guardian in 2016.

The name change to ‘RB’ was particularly underhand – German clubs aren’t allowed names of sponsors or brands in their own names, so Red Bull shortened to RB, which roughly translates as ‘Leipzig lawn sports’.

The club has 11 members paying a start-up fee of €100 and an eye-watering annual sum of €800. Borussia Dortmund, meanwhile, charging each of their members, of which there are more than 100,000 a mere €62 each, by comparison.

In ten years, the club has gone from the doldrums of lower-league German football to third in the Bundesliga.

Technically, they have not broken the regulations on fan ownership – because while Red Bull GmbH own 99 per cent of their shares, its formal power still lies with its association, RasenballSport Leipzig e.V.

But what they have clearly done is provide a masterclass in how the rule can be exploited, to the anger of many watching on.

The chances are slim, in truth.

Fan-owned clubs are far from a foreign concept to English football, but it tends to happen further down the pyramid. Wycombe Wanderers of League One and Exeter City of League Two are both owned by their Supporters’ Trusts, while Brentford and Portsmouth formerly adopted the same model to relative success.

It is far more prevalent in non-league, such as at FC United of Manchester, a protest club run by Manchester United supporters disenfranchised by the way their club is run.

But at the top tier, it seems unlikely to happen.

In January, the Deloitte Football Money League, which ranks clubs worldwide based on revenue generated, included nine Premier League clubs and just three Bundesliga sides in its top 20. There is simply too much money generated in England’s top-flight for it to be likely in the near future.

That’s not to say it would not help; just look at the issue clubs not only like Manchester City, but also Championship sides Aston Villa and Birmingham City are facing with Financial Fair Play.

And, as mentioned earlier, one of the most widespread complaints about English football is that it has lost its soul, and that the legacy that clubs’ billionaire owners will leave is hollow, anaemic stadiums with a shred of the sort of feverish atmosphere so prevalent in Germany.

But such is the enormity of the brand of the Premier League and its clubs that a more heart-warming approach such as the 50 + 1 rule seems little more than a pipe dream.